Let’s take a quick refresher course about the Boom 2.

Boom 2 is a compact, portable, and powerful bottle-shaped Bluetooth speaker released way back in 2015. It’s one of the pricier Bluetooth speakers out there, but depending on your needs you get your money’s worth. Here are the Boom 2’s pros in a nutshell: 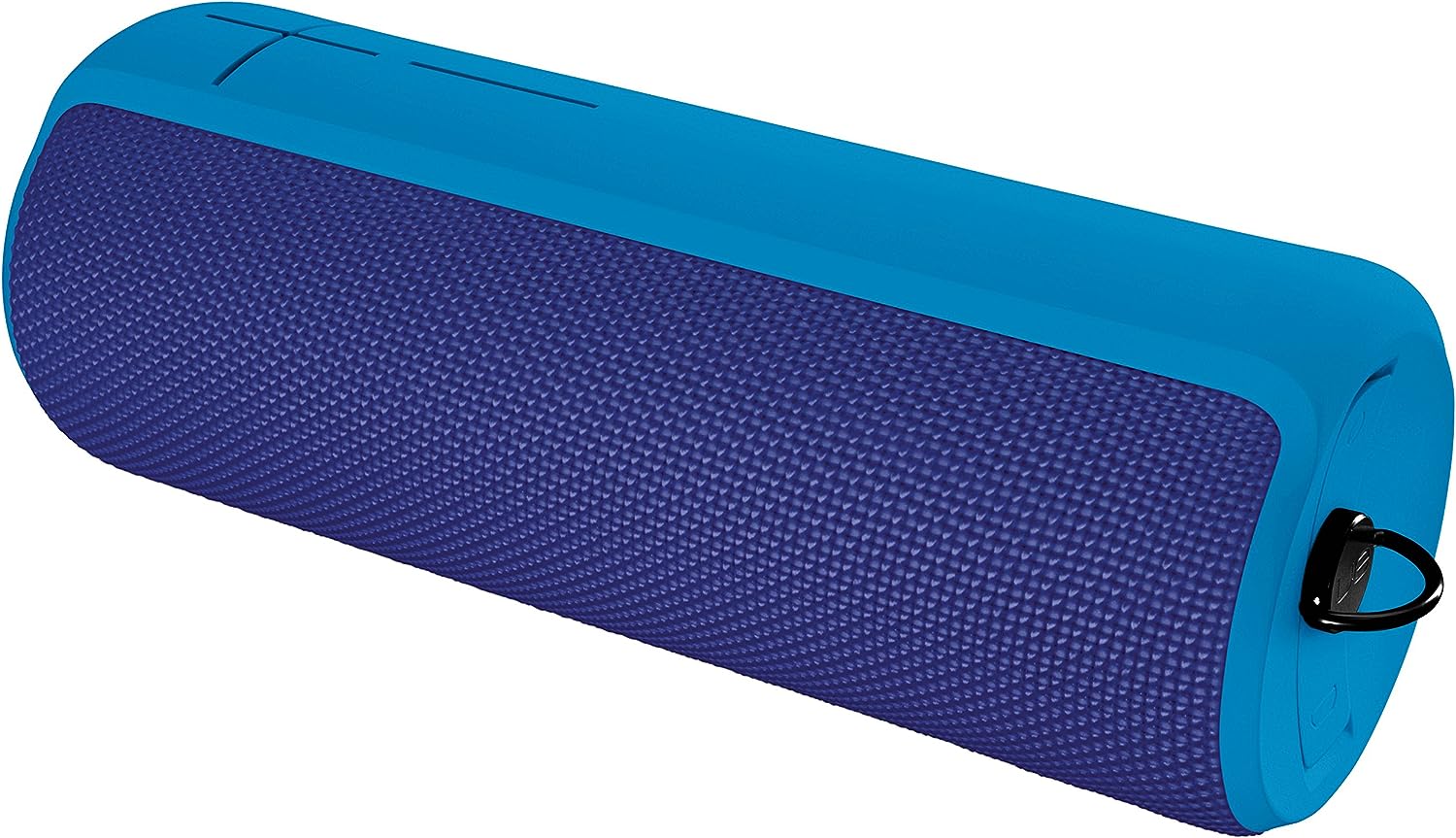 Ultimate Ears has always produced quality portable speakers. The first UE Boom was already a solid choice, and the Boom 2 improves on it further.

Aside from the weatherproofing and driver improvements, Ultimate Ears also introduced gesture control with the Boom 2. Tap the top of the speaker once and the music pauses. Tap twice and the track skips forward.

That’s not to say that Boom 2’s without its fails. That charging port, for instance. It’s just placed so poorly! When your unit is plugged in for charging, you won’t be able to stand it up because the charging cable’s in the way. And while the sound is excellent overall, it does get distorted when you crank the volume to full.

All things considered, Boom 2 is a solid Bluetooth speaker. I mean, if you haven’t noticed, that’s quite a short cons list compared to the pros. If you can shoulder the price, the Boom 2 is a great choice.

Now let's look at Boom 2's successor. Here are the pros of Boom 3: 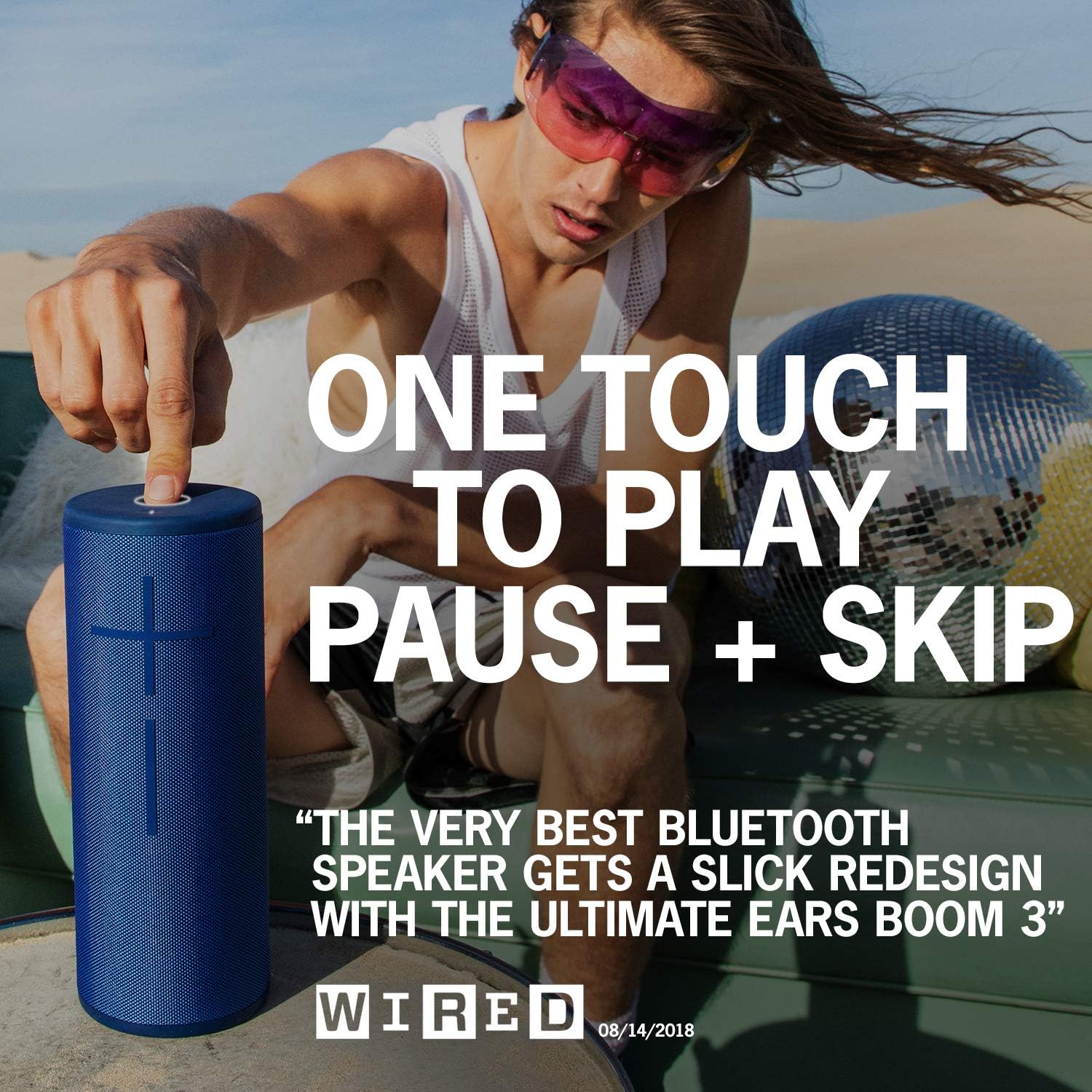 Design and durability improvements aside, UE still hasn’t considerably improved the sound quality. For the price—and it’s one of the more expensive speakers on the market—you can get other units with better sound.

So how are they different? It seems like UE focused more on design and weatherproofing than sound. To be fair, Boom 3’s drivers have been updated according to the official specs sheet. I guess the sound quality has improved, but it’s not a huge one that you’ll immediately notice it. Let’s talk about this later.

UE’s Boom series became so popular because of its durability. That waterproofing alone is such a great feature. Boom 3 is more durable, though, because it floats in water.

One of Boom 3’s major difference with Boom 2 is that Boom 3 can be charged wirelessly via the dock. The downside is that the dock doesn’t come with the box.

Boom 2 has a 3.5mm jack that Boom 3 doesn’t have. Kind of a letdown especially if you want to plug aux speakers.

Boom 2 can also be used as a speakerphone. You can also use it with Siri, Alexa, and Google Assistant.

On the flip side, Boom 3 also introduced a Magic Button. It’s a sort of a One Button To Rule Them All kind of thing – it plays, pauses, and skips tracks, and it also launches your playlist. Although… it kind of defeats the purpose of a wireless speaker if you need to touch it to control playback.

Design-wise, Boom 3 has some small changes. It's more bottle-shaped than the Boom 3, with rounder edges of the top and bottom. The bottle shape was a direct choice so that the Boom 3 will fit into standard bottle and cup holders.

The volume buttons on the Boom 3 have changed a bit, too. On the Boom 2 the buttons are slightly raised. On the Boom 3, the buttons lie flush with the body. Some say this makes pressing them a bit more troublesome, but as with any consumer good, your mileage may vary.

What Makes Boom 2 and Boom 3 the Same

Spoiler alert: They sound the same. I mean, sure, as I said, the drivers on the Boom 3 have been improved. And yeah, maybe if you put them side by side and compare the sound, you'll notice the difference. But that's just it, it's not much of a difference. And let's face it, you'll probably be cranking that volume way up high when using it, which will inevitably distort the sound. This kinda rankles considering the main feature of a speaker should be sound quality. But that's just me.

Both Ultimate Ears Boom 2 and Boom 3 can connect with other units (of the same series) wirelessly. You can use this with just 3 speakers for stereo sound, or up to 150 units for a massive dance party.

Both versions are weatherproofed. They're both water and dust-proof and are both drop-resistant. Their fabric covers are made from a strong material, the kind used in motorcycle and firefighter suits.

Both have downloadable apps that you can use to tinker with the EQ and perform remote playback.

What’s Better About the Boom 2?

A lot of things tossed out from the Boom 3 made Boom 2 better, in my opinion. The inclusion of 3.5 mm port, interaction with voice assistants, and speakerphone lands Boom 2 in that sweet spot between nostalgia and up-to-date technology.

What’s Better About the Boom 3?

Boom 3’s durability is hands down its best feature. It still probably won't survive a fire, but it's now waterproof, dust-proof, drop-resistant, and it floats in water. So, say, you want to host a beach party and things get rowdy. People start to do crazy party things, and your Boom 3 gets tossed in the ocean. Well, at least you'll be able to get it back easier because it'll float.

Boom 3 also wins in the charging department. The micro USB port placement issue that was there with Boom 2 has been addressed. It’s now on its side, so you can still use the Boom 3 while charging. And of course, you can charge it wirelessly, provided you buy the separate dock.

Its Bluetooth connectivity has been improved, too. That 150ft range is pretty accurate.

The Magic Button can arguably be called an improvement of Boom 2’s tap controls, but this one depends on the user, really.

The casual music lover who likes to listen to tunes in the shower. Listen, being waterproof, dust-proof, and drop-resistant is impressive, but let’s be real, the most mileage you’ll get out of those is if you accidentally spilled coffee on it or splashed water while dancing in the shower. If you occasionally go to the beach, then Boom 2 has you covered, too. But Boom 2 will be best for those people who like to chill at home and can ask Alexa to play their favorite music. 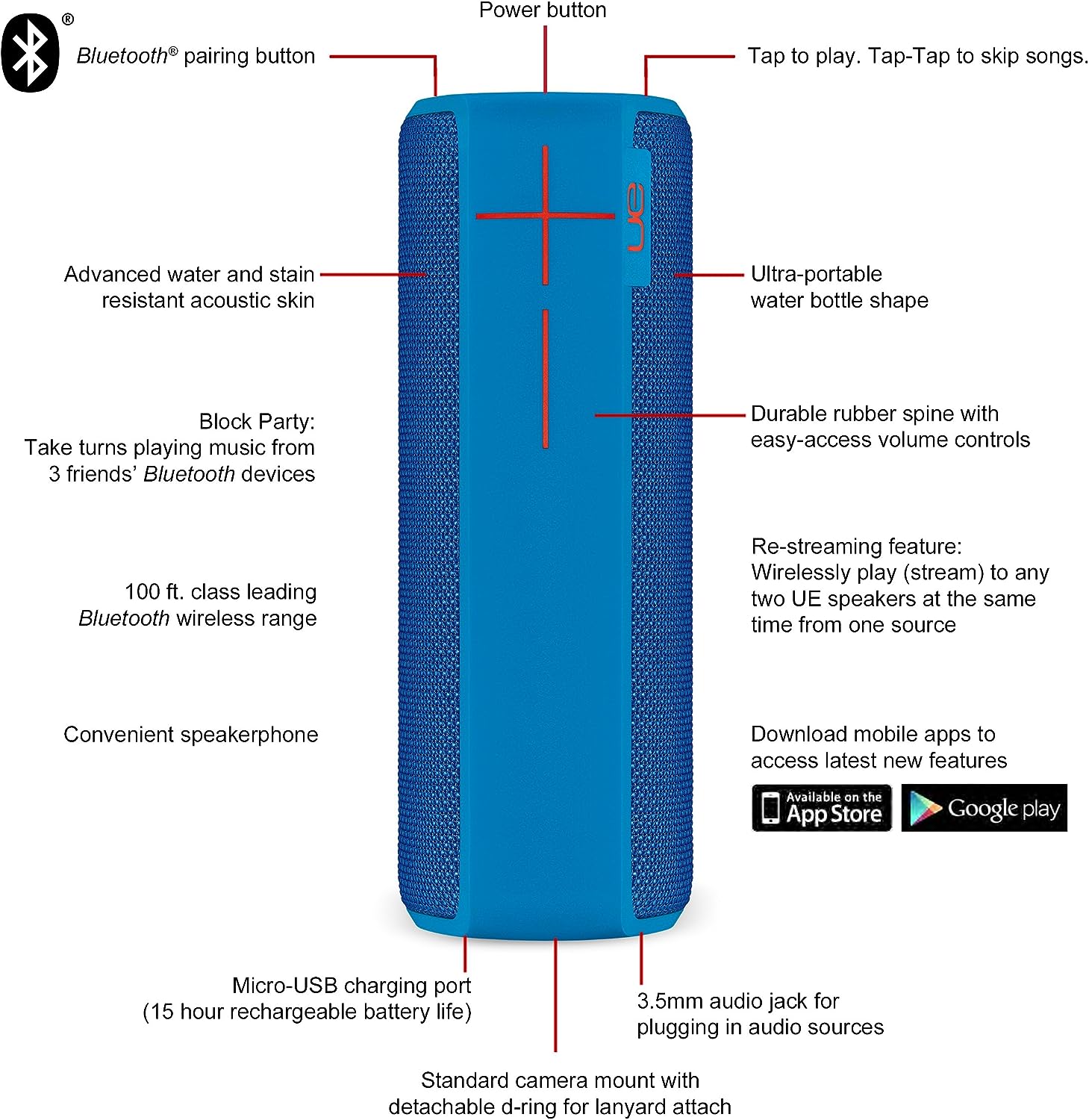 Now the Boom 3 is better suited for party animals. Maybe also those who like to travel to the rugged outdoors, because the Boom 3 can take a beating even if you, say, accidentally drop it while hiking up a mountain trail. It's also great if you like hosting large parties, as it can deliver a true 360° sound. 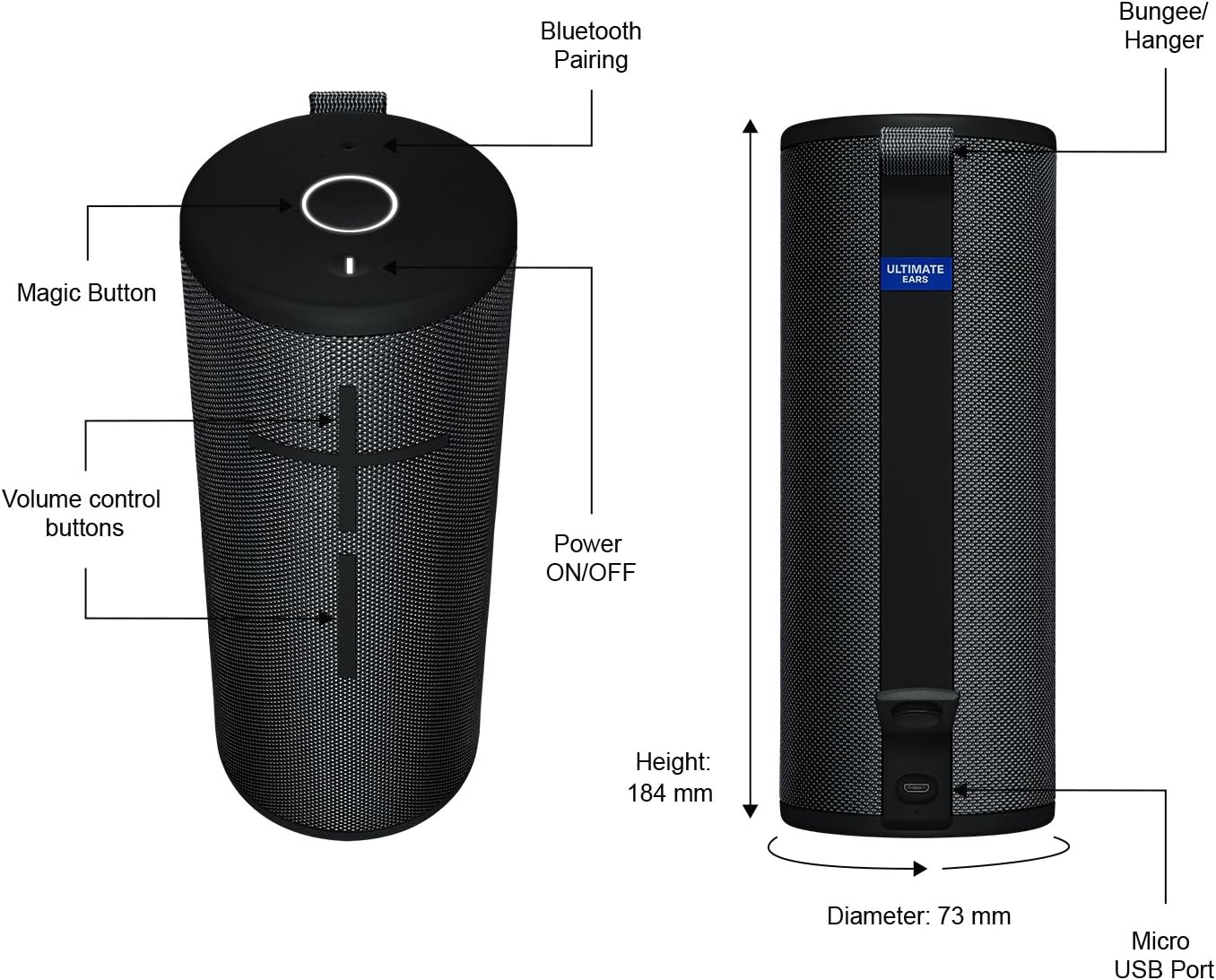 The bottom line of this Ultimate Ears Boom 2 and Boom 3 review is, if you can afford the hefty price tag, Boom 2 and Boom 3 won’t disappoint. They both offer great sound, excellent durability, and modern style that’ll appear across generations. Because their sound profiles are similar, you’ll just have to pick one that closely matches your lifestyle.