These days, people want clearer, more accurate audio for their various activities. Be it watching movies with your family, playing games with your friends, or simply listening to your favorite music, the moment gets better when the audio quality is great.

And, it’s this need for a satisfying audio experience that led many to purchase the KEF LS50 Mini Monitor.

The LS50 Mini Monitor is one of KEF’s three flagship speakers. It’s not the biggest speakers you’ll find, with dimensions of just 17x42x14.5 inches and a weight of around sixteen pounds. The whole package weighs approximately 40 pounds when shipped though.

The product comes in three different finishes—gloss white with an electric blue driver, gloss black with a rose gold driver, and matte black with a black driver. The finishes provide a classy look to the speakers.

Need the basics on the speakers’ specs? These should help you out:

Setting up the speakers is fairly simple, being just a matter of finding the right height and position. To be specific, the LS50 needs to be elevated by at least 18 inches from the floor’s surface. So, putting it on a small shelf will likely suffice. The maximum height that it should be in, is 24 inches. 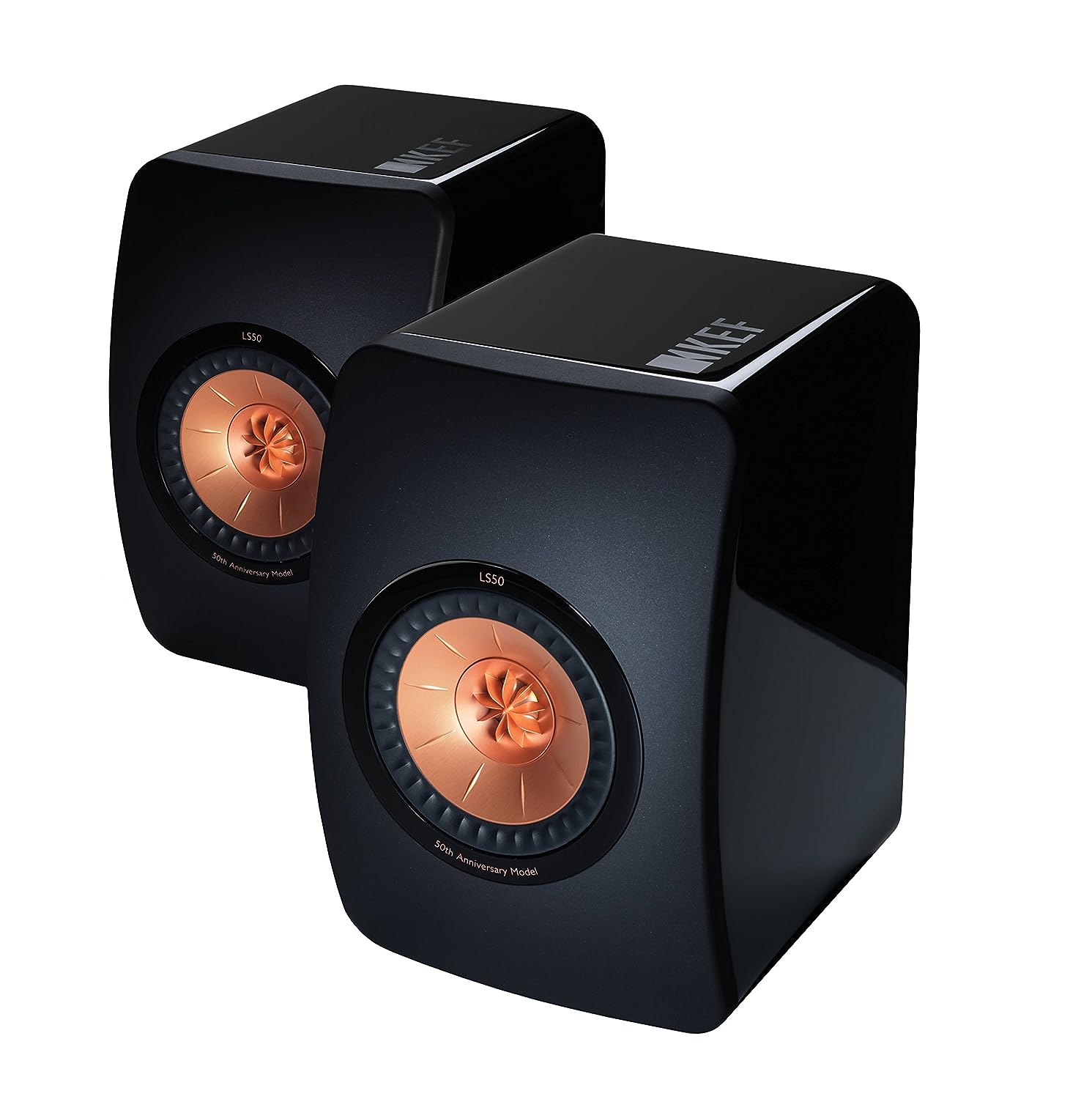 As for positioning the speakers, you’ll have to make sure that they’re at least six feet apart. They could either be parallel to your entertainment center, or your sofa—the one facing the display, of course. And, much like other similar speakers, the LS50 works great when put in an angled position.

Typically priced at around 900 USD (though you could find it being sold for up to 1,200 USD), KEF’s offering is aimed towards those looking to get a lot of bang for the buck. Surprisingly, it's garnered praise from both bargain seekers and high-end enthusiasts alike. But, is it worth your hard-earned money?

The Ups and Downs

Different connector types which include the bare wire, spades, banana plugs, and pins exist and not everyone has it all, or even most of them. Well, it’s a good thing that the LS50 comes with binding posts that allow different connectors to be plugged in. You won't need to spend time and money looking for a compatible connector.

Port noises and turbulence can be a headache and aren't something you'll want to hear from your speakers. One of the features of KEF’s offering is having specially made ports, with flexible membrane and geometry, to lessen the occurrence of these things

The speaker is designed to have a two-way bass reflex system. Having this enhances the reproduction of low-frequency sound. In other words, you’ll be able to accurately hear music, dialogue, or any other audio playing at low frequencies. 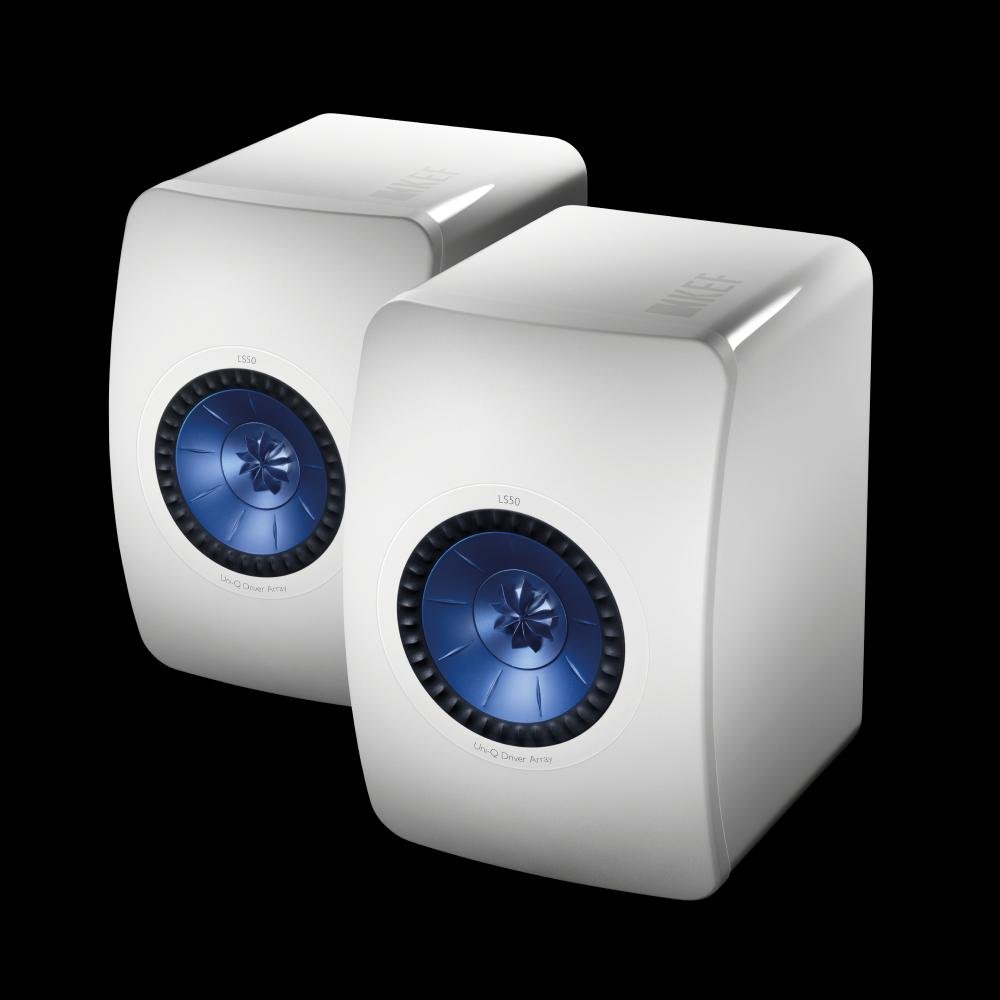 What’s more, the LS50 is equipped with a 5.25-inch Uni-Q Driver Array with a waveguide sitting in front of the tweeter. With a conventional tweeter, the sound becomes very narrow at the very top end and the sound beams towards the listener. The waveguide fixes this, giving wider dispersion and a more spacious feel to the treble.

Additionally, it has a frequency range of 47 Hz to 45 kHz. Having that, it can surely accommodate the different music genres you wanna play—be it opera, classical, rock, acoustic, or jazz.

Despite being impressive, the KEF LS50 Mini Monitor has its disadvantages. For one, it only minimizes port noise and turbulence but does not eliminate or prevent it entirely. So, at certain positions away from the speaker, you will hear the sounds being harsh and thin.

Another disadvantage is that it cannot perfectly reproduce sounds at high volume. This issue becomes apparent when the music is complex with lots of instruments playing simultaneously. This means the LS50 isn’t suited for use in large rooms such as convention halls.

Probably the biggest downside though, at least when it comes to personal use, is knowing that you won’t get the speakers’ full potential without having a quality subwoofer to pair it with. This might necessitate another purchase in the long run, though at least you’ll be able to spend more on a subwoofer given how cheap the LS50 is.

For the sake of being thorough, it’s necessary to compare KEF’s sound solution to its competitors. The SVS Ultra, which is sold at roughly 1,000USD, has fairly classy looks that can compete with the LS50’s aesthetics. In terms of actual sound quality though, particularly in music playback, the Ultra really can’t match the LS50.

What’s more, the SVS Ultra is a tad bulkier and its design, though eye-catching, is harder to match with those of other equipment. And, it seems that SVS is failing to provide the same post-purchase support and experience as KEF as of late, with several people complaining about slow updates and replies to their concerns.

A more expensive option at 1,800USD is ATC SCM7. Well, the SCM7 is superior to the LS50, inaccuracy and other key aspects. However, the gap isn’t that big to justify paying 900USD more—which is enough to purchase another pair of LS50s. Besides, for everyday use, you might not even notice the difference in quality.

What Others Have to Say

A guy who bought the LS50 through Amazon was stunned by the speakers’ performance, having surpassed his expectations. Almost eighteen months since his purchase, he’s still amazed by the exceptional sound quality, especially in playing jazz, classical, solo piano, blues rock, country, pop, and solo acoustic guitar.

Another customer claims that the speakers are accurate and balanced in delivering sound. He’s someone who usually looks for upgrades, but this time he doesn’t see any worthy contenders. He ended by saying that the purchase is one of the best he made for satisfying his audio addiction.

There are, of course, customers that aren’t entirely pleased with KEF’s offerings. There’s one who believes that the speakers have good bass—good, not great. He fixed things by investing in a KEF Kube 10b subwoofer. Now, midrange frequencies having incredible clarity, and loud sounds can be enjoyed without distortion.

A number of people have also praised the LS50’s capacity to deliver more punch around the bass, especially when compared to other similarly priced speakers. Additionally, the LS50 is nicely balanced. Even when matched with a low-grade amplifier, the speakers manage to deliver. Those looking for awesome bookcase speakers weren’t disappointed either, especially for the given price. One particular customer owns a pair of B&W 705 S2s, which is rough twice the cost of the LS50s. Despite the price difference, the latter remains the preferred pick, serving as proof that excellent speakers do not need to cost a lot.

Before Making the Purchase

Personally speaking, it’s hard not to fall in love with the LS50’s sound accuracy. It will make you feel the vibe of the music you're playing as if you’re listening to actual live performance. Not only that, but its accuracy is good enough for most. But, as you should’ve realized by now, it isn’t by any means perfect.

KEF's offering is great for music playback and is even suited for dialogue (like in the case of audiobooks and movies that aren't too action-oriented). However, it might not be the ideal choice if you’re planning to fully immerse yourself in flicks that involve lots of explosions and other loud, impactful sounds.

Aside from that, depending on the size of the room you’re planning to use it in, the LS50 might not be enough. It has its limits in maintaining clarity at high volumes, especially when put in bigger spaces like event halls and party places. It’s safe to say that these speakers are mostly suited for the home setting.

As previously mentioned though, these speakers somewhat depend on what they're paired with. Despite sounding good on their own, they truly shine when coupled with similarly impressive audio hardware. The subwoofer, in particular, needs to be great to unleash the LS50's full potential.

With all these considered, there is probably no better option below one thousand USD. So if you're an audiophile on a budget, there isn't any reason to look for other options. However, if budget isn't an issue and you can spend as much as you would like on your sound system, there are of course better picks.

The KEF LS50 Mini Monitor has excellent quality and impressive features, meaning listeners get to enjoy their chosen media while using the speakers. With its classy look and budget-friendly price tag, it’s often the top recommendation you’ll find. And, although it’s ideally paired with great hardware, it should work fine on its own.

Simply put, KEF’s offering gets a thumbs up—and it is in fact, the right choice in many cases, especially for what can be considered as casual home audiophiles.